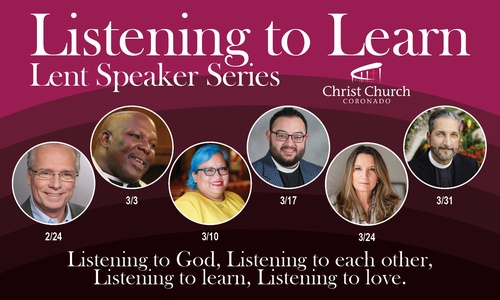 Our Lenten focus this year will be on LISTENING.

LISTENING TO EACH OTHER

As we lean into this last stretch of isolation during our prolonged season of pandemic, I invite you to use this time of quiet and quarantine productively by turning your listening ear to God and to each other. Now is our opportunity to discern who we are and where we are headed. Our Lenten time of reflection and listening will prepare us for rebuilding ourselves, our church, and our society come Eastertide.

It is time to get ready for post-pandemic life, a life to be made in God's image rather than our own. And the discernment of our life in Christ together begins with deep listening. Through prayer, education, and conversation in community, God's call to us will become more clear. We will become better equipped to join with God's mission on earth: to create Beloved Community.

Now is the time to prepare so that come Easter we are ready for a season of action--a season of resurrection.

Listening to God through others is the focus of our Listening in Lent Speaker Series. Each week our series will feature a different speaker from the wider church and beyond to help us hear God's message to us right now. Our time together will be interactive and engaging as we listen to God through others. 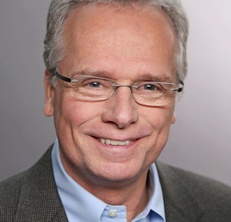 Listening with all your heart, soul, strength and mind - Rev. Dr. Scott Stoner

The Rev. Dr. Scott Stoner, founder of the Living Compass Spirituality & Wellness Initiative (LivingCompass.org), has served the community as an Episcopal priest, retreat leader, spiritual director, marriage and family therapist, and author. In addition to his coaching and psychotherapy work, he leads wellness retreats for organizations and leadership teams. 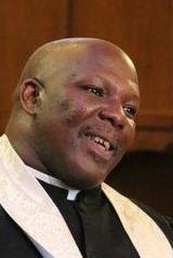 The Reverend Ricardo Sheppard is currently serving as the Rector of the Episcopal Church of the Atonement in Washington DC. He has served as the Priest-in-Charge at St. Alban’s Episcopal Church in New Brunswick New Jersey from 2016 to 2019. Before becoming a part of the Episcopal Church, he was the Associate Minister for Youth and Outreach at the Hebron Baptist Church in Brooklyn New York.  Ricardo has also served as the Prison Partnership Coordinator for the Hudson River Presbytery, and with Prison Fellowship International. He was honorably discharged from the United States Marine Corps in 1993 after serving 9 ½ years Ricardo earned his Bachelors of Arts degree with a concentration in Social Science from the College of New Rochelle, a Masters of Divinity degree from Princeton Theological Seminary and a Diploma in Anglican Studies from the University of the South, School of Theology in Sewanee, Tennessee. 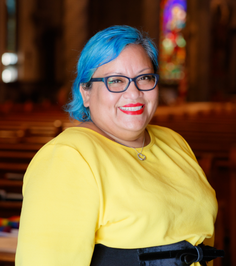 Listening to each other: Ask. Don't tell.

Sandra T. Montes is an Indigenous Latina based in NYC and Houston. She is an educator, musician, liturgist, speaker and writer. She has a doctorate in education and taught in public schools for over 20 years. Sandra has been leading and planning music, liturgies, and conferences for over 20 years, particularly in the Episcopal Church. She is the Dean of Chapel at Union Theological Seminary  Her book, Becoming REAL and Thriving in Ministry was published in May, 2020. 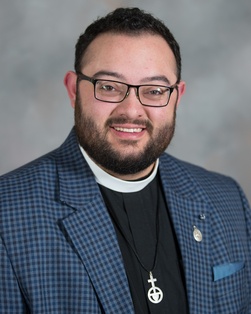 Tales of a Transgender Priest

The Rev’d Dante A. Tavolaro has served St. Thomas Church since June 2020. He is a 2011 graduate of Rhode Island College (BA in Political Science), a 2017 graduate of Berkeley Divinity School at Yale (Diploma in Anglican Studies), and a 2017 graduate of Yale Divinity School (MDiv). He was ordained by Bishop Knisely as a deacon in June 2017, and as a priest in December 2017. Prior to coming to St. Thomas he was the Associate Rector of St. Luke’s, East Greenwich and Chaplain at Rhode Island College. Before ordination he was a lay church professional serving on the staff of St. Martin’s, Providence and St. Peter’s by-the-Sea, Narragansett. In addition to his parish duties, Dante serves as a Board Member of the Episcopal Conference Center, a Board Member of the Rhode Island State Council of Churches, Chair of the Resolutions Committee for Diocesan Convention, Deputy to General Convention (2009, 2012, 2015, 2021), and is an Associate of the Society of St. Margaret (a religious order of sisters in the Episcopal Church.) 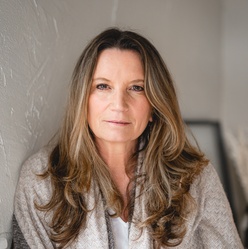 Becca Stevens is a speaker, social entrepreneur, author, priest, founder of eight non-profit enterprises, and President of Thistle Farms. Stevens has been featured on PBS NewsHour, The Today Show, CNN, ABC World News, named a CNN Hero, and White House Champion of Change. Drawn from 25 years of leadership in mission-driven work, Stevens inspires a broad range of non-profit, religious, and business audiences with a message that love is the strongest force for change in the world. 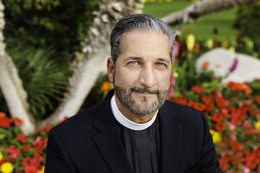 What might God be calling us to do in easter?

The Rev. Lorenzo Lebrija is the founding director of the TryTank, the experimental Lab for church growth and innovation. TryTank is a joint project between Virginia Theological Seminary and the General Theological Seminary. It offers inventive approaches to the challenges facing the Episcopal Church. He is responsible for the entire process of development and implementation of experiments for innovation in the church.

Prior to launching TryTank, Fr. Lorenzo was the Chief Development Officer for the Episcopal Diocese of Los Angeles. He also served as the Pastor on behalf of the Bishop at St. John's Episcopal Church in San Bernardino, CA, and as priest associate at St. Athanasius Episcopal Church at the Cathedral Center of St. Paul in Los Angeles. He studied at the General Theological Seminary in New York City where he earned his Master of Divinity degree.

Before entering seminary Lorenzo was president and CEO of Seraphic Fire & Firebird Chamber Orchestra, Miami's professional choral and orchestral ensemble. He was also the Miami Program Director for the John S. and James L. Knight Foundation responsible for a substantial grant portfolio and the launch of the Knight Arts Challenge.

Explore all of the Lent offerings at Christ Church