This is the longest, the most involved and perhaps the most difficult petition in the Lord’s Prayer. It first asks God to do something for us that we simply cannot do by ourselves. Then it promises us that we will then be able to do the same for others. This prayer reminds us to ask for forgiveness first- then and only then are we able to offer forgiveness to others. Our forgiveness begins as a response to being forgiven by a good and gracious God.

During the season of Lent you are invited to spend time with the holy and challenging practice of embracing forgiveness. Join us on Wednesday evenings for homemade soup and bread and inspiring presentations from men and women who will share their experience of embracing God’s forgiveness.

For more information, or to r.s.v.p. please contact the church office. 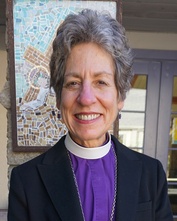 Elected Presiding Bishop of the Episcopal Church in June 2006, she served nine years as chief pastor and primate to the Episcopal Church’s members in 17 countries, 109 diocese and three regional areas. Currently Bishop Schori serves as the Assisting Bishop for the Diocese of San Diego during our time of transition upon Bishop Mathes’ retirement. She is recognized worldwide as woman of deep and active faith and we are blessed to welcome her to Christ Church as our first speaker. 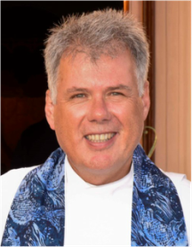 Father Mark began serving as rector of St. James La Jolla in 2016, arriving in California after twenty five years of ministry in the Diocese of London. He is a third generation priest who attended Oxford before studying for the ministry at Cambridge where he met his wife, Laura, a native Californian.  Father Mark’s years of ministry include a true passion for welcoming the stranger and an ever widening circle of care for those in need.

Mr. Woodard describes himself as the “poster child” of the Down No More Christian Mentoring Program facilitated by Deacon Tom Morelli. He is married with a career as an estimator for a San Diego based contractor. Realizing the gift of receiving a second chance he chooses to serve as a mentor for newly released men as they transition to a life focused on positive living with the “Down No More” mentoring program. 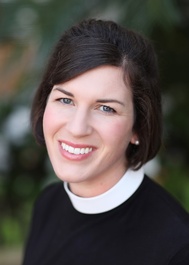 Born and raised in Oregon, Mother Laurel attended Stanford University where she realized her passion for the intersection of faith, politics and social justice. There, she also met and married Colin  with whom she attended seminary at the University of the South ( Sewanee) School of Theology. They have served as co- pastors of St. Luke’s North Park in San Diego since 2016 developing the blueprint for a thriving ministry to that neighborhood and beyond.

Mother Anne has served as rector of Christ Church Coronado since 2014. She and her husband, Dixon both native Southerners, delight in living in Southern California.  In her twenty years of ordained ministry she has come to really appreciate the gift of a community that gathers in prayer and conversation to explore and enhance the journey of faith- particularly around the theme of forgiveness- one that touches us all.