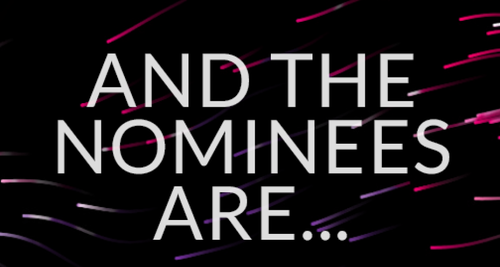 The nominating committee has been hard at work seeking out those who might best fill the open seats on the Christ Church Vestry. The nominees have been confirmed and they are Craig Blasingame, Keith Butenshon. and Julie Young. Learn a little more about them by reading their bios below. 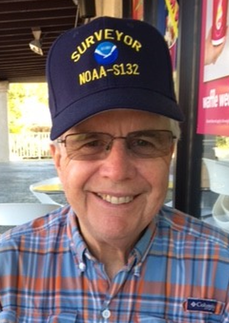 Thank you for considering me for membership on your Vestry.  My wife, Sue Steven, and I have been members of Christ Church since 2006. We live in the Coronado Cays.  I previously served on your Vestry from 2014-2017.  And I was a member of the recent Rector Call Committee. I have two daughters and a son as well as four grandchildren ages 4 to 23.  Daughter Amy Blasingame, and her two children, Claire Hurd and Andrew Hurd, live in Coronado and are members of Christ Church.

I am a uniformed service veteran, having served in the US Army Corps of Engineers and the NOAA Commissioned Corps.  I spent over 25 years working in the computer industry, first as a systems software engineer and later in systems integration and sales.  I have developed software for handicap access and designed and managed websites.

My favorite hobbies are sailing and genealogy.  Sue and I bicycle about ten miles per day to stay healthy and we have crossed the US on bicycle west to east and north to south during our retirement.

One of the areas where I think I can contribute to our Vestry is by helping during our transition out of remote (Zoom) meetings during COVID into a hybrid environment where everyone in the congregation feels in contact with the Church and as safe as possible. 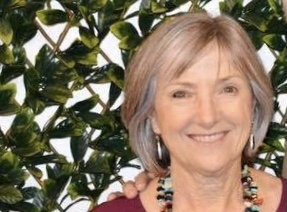 In pre-Covid 19 days, you would most often find me on Sunday mornings sitting in the front pew at Christ Church with my 94 year old dad, Chuck Howe and his significant other, Beverly Bass.  Frequently, we would be joined by my sister, Polly Morelli and my brother, Hank Howe.

I have attended Christ Church for eleven years.  In my early years at Christ Church, I was only peripherally involved because I was working full time as the Canon for Finance and Administration of the Diocese of San Diego.  One of my responsibilities was to work with the 46 congregations on finance, administration, and human resources. In fact, I still do some consulting for the diocese in these areas.  Prior to moving to Coronado, we lived in Wilmette, Illinois and I attended our local Episcopal Church there.  I served on both the vestry and two call committees (one for rector and one for assistant rector).

I have been married to my husband, Jake, for 46 years.  We have two grown sons who are both married and live in the San Diego area.  We also have one grandson.  I have an MBA in finance from UC Berekely and worked in the non profit world for twenty years.  Last year, I had the privilege of co-chairing the Christ Church call committee for our new rector.  Having successfully completed that work, Tami Sandke and I began the peace and justice committee.  In addition, I am currently facilitating a Sacred Ground discussion group.  I am honored to be asked to serve on the vestry.  The pandemic has showed me how important and amazing the community of Christ Church is! 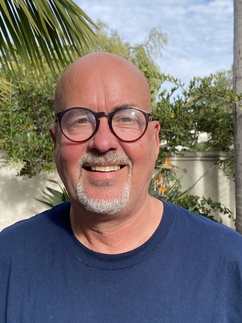 Thank you for considering me to serve on our Vestry - I am looking forward to contributing my experience and insights!  To help you all get to know me a bit better, following is a brief background:

My father was a Lutheran Pastor and Navy Chaplain.  We moved around a bit in my earlier years, but then settled down and I grew up in Los Angeles (Highland Park) and Hemet.  My wife, Genny, and I moved to Astoria, Oregon and lived there for 25 years, raising our two children in our large Victorian home.  During that time, I served for six years on our Lutheran Church Council and we both led the Youth Ministry for 13 years.  We bought our home in Coronado in 2010, finally moved down here in 2017, and have been a part of Christ Church since.  We have found the Episcopal faith - and specifically Christ Church - to be a place of welcome and Christian service grounded in Jesus’ teachings.

My career experience has been varied.  I graduated from California Lutheran University with a Bachelor of Arts Degree, focusing on classical vocal performance.  I was an Apprentice Artist with the Santa Fe Opera for two seasons and toured with Texas Opera Theatre.  As my life’s path and our family grew, I found a strength and interest in Law Enforcement.  I graduated from the LA County Sheriff’s Academy and worked as a Police Officer with LA School Police, then served as the department’s Training Officer.  In Astoria, I was a Job Developer for Goodwill Industries and then landed for many years at the local Job Corps, where I was a Counselor and finished as the Student Personnel Officer.  Throughout all, Genny and I continued to sing at church, numerous productions and venues.

Locally, I enjoyed being part of the Security Team at Lowe’s Coronado Bay Resort for several years, but am now adjusting to semi-retirement… and so the opportunity to serve on the Vestry is well-timed.  Thank you again for your consideration.