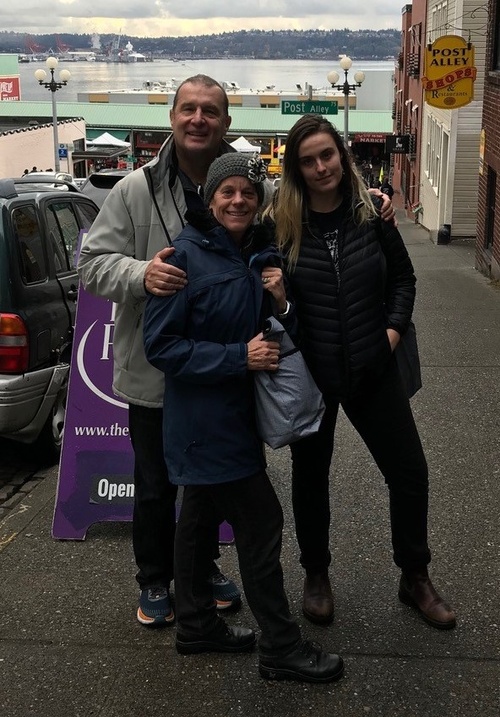 Hello from Suzanne (aka Sudie) Warren

My Christ Church story begins with my parents, Thea and Cecil Kempf, longtime parishioners and supporters of Christ Church. We moved to Coronado in 1972 when my dad was transferred here with the USN. I attended CHS and graduated with the class of ‘76. I continued on to UCSD and graduated in 1981. After graduation, I moved back to the East Coast where I met and eventually married David in 1989. Loie arrived on the scene in 1993.

David, Loie and I visited Thea and Cecil on a regular basis until we moved from Arlington, VA to Coronado in 2008. Loie attended all four years at C.H.S., graduating in 2012. Loie, now 26, is living and working in Olympia, WA. We are especially grateful that we are in the same time zone and that under normal circumstances, the Seattle area is easily accessed via a short plane trip.

I have been involved in the church in one way or another throughout my life (admittedly, some periods more intensely than others). David, Loie and I were very involved with Vida Joven (formerly Dorcas House) in TJ from about 2010-2015. Once I retire, ‘…. When Lord, when?’, I look forward to increasing my participation in church ministries. Christ Church has so many exciting things going on and I am grateful to be a part of this faith community.

It’s been a pleasure being on the Calling Committee and getting to know such a talented and dedicated group of people. We’re almost at the finish line, folks! Yippee