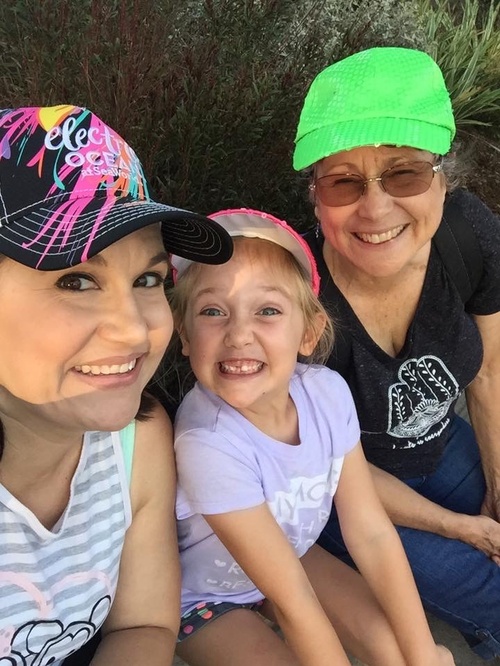 My name is LInda Benning. I am a “cradle Episcopalian” and have been a member of Christ Church since I was 12 years old. Over the course of those almost 60 years, I have sung in the choir, been a lector, a chalice bearer, served on the Vestry, marched in the Pride Parade with the DIocese twice, am a member of the knitting ministry, was a delegate to select Bishop Susan, and am currently honored and privileged to be on the Call Committee.

I am a navy junior and spent many years traveling the country, but Coronado and Christ Church have always been “home”. Many of you may know my dad, Lloyd Cooper, Captain, USN, ret. He and Mom bought their home in Coronado in 1949 when I was a baby and vowed to retire there which they did in 1974.

After attending UCLA and traveling a bit more with my navy husband, I returned to Southern California in 1976 when that marriage ended. For the next several years I was a single parent before meeting and marrying my husband, Richard, in 1994. We reside in Santee.

At UCLA I majored in English and minored in theatre. I earned a Secondary Teaching Credential and later a LIbrary Credential from SDSU and a Masters in Computers and Education from National University. My daughter, Wendy, and I moved from the Los Angeles area to Coronado in 1980 where she attended school from first grade through high school. I, too, had been fortunate enough to attend school in Coronado from grades 7-12 while Dad served multiple military assignments in the San Diego area including air boss on the USS Kitty Hawk and on staff at North Island.

After substitute teaching for two years while working on my LIbrary Credential, I was hired by Coronado Unified School District (CUSD) to run the high school library. I did this for twelve years. Then the high school underwent a restructuring process. A panel of my colleagues and I researched, wrote, and received a grant to open Coronado School of the Arts (CoSA). In the 1996-97 school year, CoSA’s inaugural year, I returned to the classroom full time where I taught English, Government/Economics, and various theatre classes in CoSA’s Musical Theatre Department until I retired In 2010 from a very fulfilling 30 year career in the CUSD.

Being a member of the Call Committee has introduced me to an incredible group of intelligent and caring parishioners. Everyone takes the search for our new rector very seriously. I am confident that together in discernment we will find and call the right person to be the next rector of Christ Church.

Blessings and Peace to all.